The Solitude Taluna Lair board

You are not connected. Please login or register

Law of the Lair 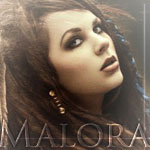 Law of the Lair

Above all else, we stand together for each other.  There is strength in numbers, and together we are stronger than any one individual.

1. You are a Taluna.  You answer to no one and yet, as a member of this Lair, you answer to everyone.

2. While we are at home in the forests and jungles of Southern Gor, we do not go traipsing into Homes or Markets, nor do we turn up at Fairs.  That's just suicidal.  If you do this, do not expect us to come get you or ransom you when you get caught.  Enjoy your new jewelry...and pray we do not purchase you should you end up at an exchange point.

NOTE: We are not NORTHERN panther girls. We would not be seen up north around Larius nor the Northern Forests. It would not be realistic for us to haunt these areas. Stay down south.

3. If you don't have scripts to prove it, you don't have it/it didn't happen.  Period.  IMs COUNT, but skype/Discord/etc. do NOT.  Keep your scripts to cover your ass.  Drama is not fun, not cool and not worth it.

4. We RP everything.  (See #3 above).  If you don't rp it, you didn't do it, thus you do not have it.  If your dumb ass freezes in the winter because you were lazy in the summer and didn't build yourself a shelter, that's on you.  If you're hungry, go fishing or hunting.  Script and post and it's all yours.  Same with slaves.  If you capture one, save the script, because if you don't have it, you don't have it.

5. Shitty behavior will be rewarded with either death or banishment.  It takes a lot to piss Malora off, but once you've managed it, you're done.  This includes laziness, drama mongering, and generally being a fucking idiot.  (I.E., traveling to a HOME, no matter if invited or not, that isn't on the SAFE list.  IF you manage to make it back unscathed, you may well be invited to return to that place and STAY there.)

6. Combat within the Lair is MUCH to our favor.  We have traps, we know the layout and we know more than our enemies about ourselves and our talents.  Thus, any rp taking place in the Lair concerning capture attempts will be judged by Malora.  Should She be involved, SHE will name an impartial judge.  We use PRODIGY for now.